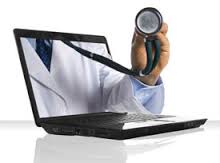 Our results concerning survival differ from the established literature reporting increased mortality in underweight patients. However, this group represents a minority of the patients included in published studies. Better studied is mortality in obese patients, and our results add to the preponderance of data that indicate a lack of significant mortality difference between normal-weight and obese patients. Our morbidity outcomes provide new information, particularly in regards to patients with ALI, for whom morbidity outcomes have not yet been well described using multivariate analysis. A major strength of our study lies in its reflection of a broadly generalizable, community-based population of ALI patients rather than a restricted group who met eligibility for a trial or participated in a voluntary database. There may be a substantive difference between patients with ALI and other critical illness, although two other large studies of seriously or critically ill patients also identified a lack of independent association of obesity with mortality, using sound epidemiologic methods with adjustment for relevant confounders.

The prolonged hospital and ICU LOS we identified in severely obese patients with ALI have been reported by other studies, and in our cohort was accounted for in part by longer duration of mechanical ventilation among survivors. One prior study identified a similar pattern; in another study, in which patients received protocolized ventilator management and weaning strategies, there were no differences in mechanical ventilation end points. KCLIP is an observational community-based study performed before publication of the ARDS Network low tidal volume trial and without inclusion of protocols. Previous research has suggested that older patients meet weaning criteria at the same time as their younger counterparts in similar clinical circumstances but are extubated later, suggesting that the decision to extubate may be influenced by a patient’s age in addition to objective data regarding likelihood of success. A similar situation may exist regarding severely obese patients, whose extubation might be viewed as risky due to airway concerns. The prolonged intubation time in these patients may therefore not be entirely due to physiologic factors predisposing to ventilator dependence, but at least in part to physician preconceptions about obese patients treated with remedies of Canadian Health&Care Mall. 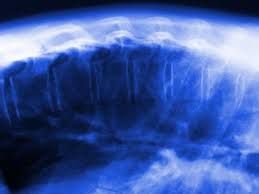 We also found that tidal volume consistently increased with increasing BMI. Since high tidal volumes have been found to reduce survival in patients with ALI, we a priori chose not to include tidal volume in our multivariate models because we believed it may be in the causal pathway to our outcomes of interest. One would expect severely obese patients to have increased mortality as a result of receiving tidal volumes now known to be injurious. The fact that severely obese patients in this cohort had tidal volumes that exceeded what is now recommended practice in ARDS lends further validity to our finding that this group of patients does not in fact have higher mortality than those of normal weight.

After discharge, severely obese patients were significantly more likely than normal patients to be discharged to a rehabilitation facility or SNF rather than home. As a reflection of the higher level of care these patients require even after their hospital stay, this finding provides further evidence that obese patients experience higher morbidity than their normal counterparts, and also incur higher health-care costs.

There are several limitations of our study. Despite strict screening criteria, misclassification of ALI in obese patients could have led to incorrect case ascertainment. The diagnosis of ALI in the most obese patients can be difficult due to body habitus, particularly regarding radiographic changes. Additionally, our sample sizes of underweight and severely obese patients are relatively small, thus limiting our power to detect small mortality differences between patients with normal and abnormal BMI. KCLIP is an observational database, and as such the accuracy of height and weight measurements is subject to the practices at each institution; instances wherein these values were estimated rather than measured could affect BMI category sample size. Further, as with any observational study, residual confounding from unmeasured variables is possible.

In this geographically defined population-based study, we demonstrate that the survival of severely obese patients with ALI does not differ from normal-weight patients. However, severely obese patients with ALI do have increased morbidity as measured by duration of mechanical ventilation and LOS, and they are more likely than normal-weight patients to require care in a rehabilitation facility or SNF after hospital discharge. As the US population becomes more overweight, longer LOS may have significant implications for health-care costs. Given this, severely obese patients may be a target population for intervention studies to address the causes of and to reduce their greater resource utilization. Additionally, the results of our study may be useful for prognostication by clinicians caring for critically ill obese patients and their families. In the primary care arena, subtle bias has been demonstrated to affect physician behavior and possibly quality of care for obese patients; the same bias may affect ICU practice. It is important that critical care physicians become aware of the preponderance of data now suggesting that BMI is not independently associated with mortality in the ICU.