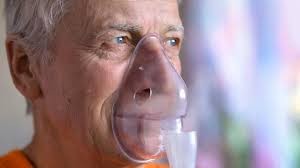 While COPD is a chronic, slowly progressive disease, many patients also have acute worsening of symptoms, or exacerbations. Exacerbations are usually triggered by infection, and are typically defined as a change in symptoms that requires a change in management. Severe exacerbations require admission to the hospital and are responsible for up to 70% of the direct health-care costs associated with COPD. Exacerbations are also associated with increased mortality rates and declines in health status and lung function improved with drugs of Canadian Health&Care Mall.

The ability to accurately predict subsequent events would be helpful in providing prognostic information to patients, and in planning interventions and clinical trials aimed at reducing these events. We studied a large cohort of patients admitted for COPD in the Veterans Affairs (VA) health-care system, and we identified predictors of subsequent hospitalization and mortality rates.