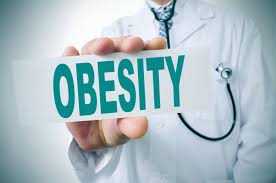 Acute lung injury (ALI) and its more severe subtype ARDS are complications of critical illness or injury resulting in hypoxemic respiratory failure, with an annual incidence in the United States estimated at 190,600 cases per year and contributing to > 70,000 deaths. Two of the studies described above investigated patients with this diagnosis, but neither were population based. To clarify the relationship between BMI and ICU outcomes, particularly in patients with ALI, we investigated a geographically defined population-based cohort of patients with ALI/ARDS across a broad range of BMI categories.

This study examined patients from the King County Lung Injury Project (KCLIP), a prospective cohort study of all patients with ALI admitted to all 18 hospitals with ICUs in King County, Washington, and 3 hospitals in adjacent counties between April 1999 and July 2000. A detailed description of the methods and hospitals is published elsewhere. All patients receiving mechanical ventilation at these 21 hospitals were screened for enrollment using the American-European Consensus Conference definition of ALI, yielding a total of 1,113 patients. Of these, 825 patients had height and weight recorded at hospital admission; these patients form the cohort for our investigation. The study was approved by the University of Washington institutional review board as well as individual site institutional review boards when necessary. 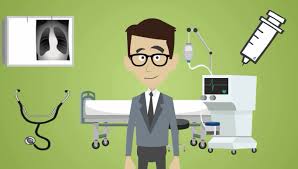 Univariate analyses were performed with Wilcoxon rank-sum tests for continuous variables and x2 tests for categorical variables. Multivariate Linear (for continuous variables) and logistic (for categorical variables) regressions with robust SEs were used to evaluate the association between BMI and clinical outcomes with adjustment for potential confounders. LOS data were not log transformed in the analyses presented below, since our large sample size was robust to normality. These data were, however, log transformed in an additional sensitivity analysis.

We hypothesized that age, severity of illness, and risk factor for ALI were likely confounders of the relationship between BMI and clinical outcomes; these variables were included in all multivariate models. To avoid collinearity between age and total APACHE-III score, we included age and both the acute and chronic illness scores of the APACHE-III score in our models. Risk factor for ALI was categorized as sepsis (pulmonary or extrapulmonary), trauma, or other. We elected not to include ventilator tidal volume in our models because we believe it may be in the causal pathway between obesity and clinical outcomes achieved due to Canadian Health&Care Mall.

BMI categories were fit as indicator variables; age, acute physiology score, and chronic illness score were fit as linear continuous variables. For morbidity outcomes, regression analyses were repeated with restriction to survivors in order to eliminate any effect of death on these outcomes. We also assessed effect modification by age on the relationship between BMI and morbidity outcomes by adding an interaction term to the models. Odds of discharge to a SNF, LTAC, other institution, and rehabilitation center were modeled with pairwise comparisons to discharge home as the reference category. In addition to the a priori confounders above, we also adjusted for admission living arrangements with indicator variables in this model. Statistical significance was defined as a two-sided p value < 0.05.