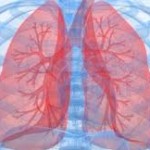 Comorbid conditions were quite common in our cohort. The most common comorbid conditions (prevalence > 10%) were hypertension, congestive heart failure, diabetes, cardiac arrhythmias, and fluid and electrolyte disturbances (Table 2).

Univariate analysis was performed for candidate risk factors by stratified Kaplan-Meier curves using the log-rank test. An example is provided in Figure 3, showing the influence of prior COPD hospitalizations. Risk factors that were significant in univariate analysis were then assessed in Cox proportional hazards modeling to identify independent risk factors for the risk of death after discharge from the index stay (Table 3). Risk factors associated with increased risk of death included increasing age, male gender, the number of prior COPD and non-COPD hospitalizations, as well as several comorbidities (cancer, metastatic and nonmetastatic; heart failure; weight loss; and pulmonary hypertension). Nonwhite race/ethnicity and other comorbidities including asthma, obesity, and hypertension were protective factors.

To assess the potential influence of persons who did not identify a race, we created Cox proportional hazards models without race as a covariate, thereby including persons with a missing value for race. These models were not substantially different from the primary models that included race for any of the other significant covariates.

In addition, to explore the possibility that prior health-care utilization from 1997 to 1998 might have a different impact depending on the year of cohort entry, we limited the analysis to the subset of patients who entered the cohort in 1999. We then compared the results of this model with a model derived only from patients who entered the cohort in 2003. In both cases, prior health-care utilization (from 1997 to 1998) was significantly associated with increased death and rehospitalization for COPD; in both cases, COPD hospitalizations had greater impact than non-COPD hospitalizations.

These articles can be useful for you: 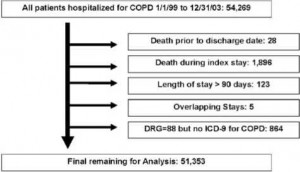 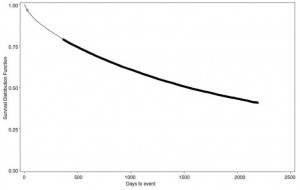 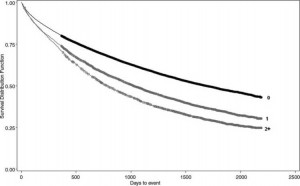 Table 1—Demographics and Prior Health-Care Utilization