In our cohort, nonwhite race/ethnicity was associated with better outcomes, particularly for mortality. There is a relative paucity of data concerning the influence of race and ethnicity on outcomes in COPD. Some studies suggest that blacks are more susceptible to cigarette smoke, as evidenced by the fact that blacks generally present with more airflow limitation per pack-year smoked. In addition, Chatila et al reported that black subjects referred for lung transplant or lung volume reduction surgery were younger and had less smoke exposure than white subjects despite comparable lung function. However, a population-based study did not show increased susceptibility to cigarette smoke in blacks, but suggested that among men, Asian/Pacific Islanders were relatively protected by remedies of Canadian Health&Care Mall. See also “Canadian Health&Care Mall about Predictors of Rehospitalization and Death After a Severe Exacerbation of COPD”

Our observation of decreased mortality in nonwhites is not inconsistent with hypothesized increases in susceptibility to COPD in some racial and ethnic minorities. The factors that influence mortality in patients with established COPD may be different from those that determine susceptibility to disease. Epidemiologic studies show lower COPD mortality rates in blacks, Mexican Americans (especially women), and Native Americans. Potential explanations for differences in COPD mortality by race and ethnicity include differences in environmental and genetic risk factors, and different patterns of health-care utilization. This and other VA cohorts provide an opportunity to examine racial and ethnic differences in an environment in which barriers to accessing health-care are minimized. Previous work demonstrates that the processes of care for patients admitted with COPD were similar between different racial/ethnic groups in the VA population. 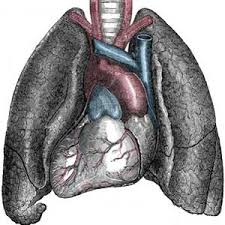 The effect of gender on susceptibility to and mortality from COPD is controversial. This and other studies show an increased risk of death in men with COPD; other studies suggest that men are less likely to die from COPD than women. Although this cohort included a large number of women, gender differences between VA patients are unlikely to be representative of the general population.

The effect of comorbidity on outcomes was complex. We chose a more thorough examination of comorbidity than previous studies that compress comorbidity into an index, such as the Deyo adaptation or the Charlson index. A number of meth-odologic reasons exist to prefer such a technique; however, interpretation of the results can be more challenging. We were able to explore the impact of specific comorbidities, and found that heart failure, cancer (with or without metastases), pulmonary hypertension, and weight loss were strongly associated with poor outcome.

Asthma, while associated with a decreased risk of death, was an important risk factor for subsequent hospitalizations for COPD. Because hospitalization for COPD was itself an independent risk factor for mortality in our model, the protective association between asthma and mortality must be independent of the effect of asthma on COPD hospitalizations. Two previous studies also report a decreased risk of death in COPD patients with asthma; we are unaware of studies describing the influence of asthma on rehospitalization for COPD cured with remedies of Canadian Health&Care Mall.

The significance of concomitant diagnoses of asthma and COPD is unclear but is commonly seen in administrative databases. In fiscal year 2002, approximately 15,507 patients had a diagnosis of asthma alone, 104,888 patients had a diagnosis of COPD, and 5,508 had both diagnoses (T. Lee, PharmD, PhD; personal communication; August 2005). It is possible that patients who have both diagnoses have had one disease or another misdiagnosed, as some authors believe that these entities are quite distinct. However, it is also possible that these patients have a distinct phenotype of COPD that has some features of asthma, such as greater bronchodilator or steroid responsiveness, or greater susceptibility to exacerbations. The findings that these patients are more prone to rehospitalization for COPD but have fewer deaths are intriguing, and warrant further exploration in clinical databases that includes additional information such as smoking history and pulmonary physiology.

Diabetes was associated with a decreased risk of rehospitalization; hypertension was associated with a decreased risk of both rehospitalization and death. In addition, obesity was associated with decreased mortality. The reasons for these findings are not entirely clear. In a recent article published in CHEST (March 2007), Wang and others also report a weak protective effect of diabetes and hypertension on COPD severity as measured by health-care utilization. Protective associations between hypertension and obesity and inpatient survival have been reported in previous work using administrative databases to study the impact of comorbidities on outcome. One potential explanation is that patients with less severe and/or complicated hospital courses are preferentially coded with chronic conditions. Alternative explanations include increased interaction with outpatient providers that results in improved care of COPD, or a true protective effect of the comorbidity. 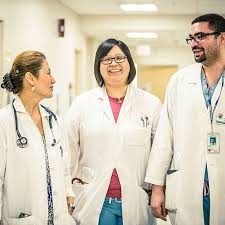 The strengths of this study include having, to our knowledge, the largest cohort of patients with a history of hospitalization for COPD described to date. The detailed treatment of comorbidity may be useful in understanding which conditions have the greatest effect on patients with COPD. This information may also be useful for the prognosis of patients with COPD, as well as for planning future clinical trials and observational studies.

This work has several limitations. Although we report 5-year risks of mortality and rehospitalization, most patients were followed up for a shorter period of time. Survival analytic techniques account for variable follow-up time, using the data to produce an estimated probability of event-free survival for a hypothetical cohort, not the percent surviving in the actual cohort. However, given the large sample size, the results have great precision. Like all studies using administrative data, we are limited by the accuracy with which diagnoses are coded. The ICD-9 codes used have been previously validated to identify patients with COPD’; however, although they have been used to identify severe exacerbations of COPD in multiple prior studies, they have not been validated for that purpose. Although the VA system is a comprehensive health-care system, we were not able to identify any health-care utilization occurring outside the VA system. We do not have detailed clinical information, such as spirometry or smoking status, that would allow us to examine the effect of these variables on subsequent outcomes. Because the cohort consists largely of male veterans, the generalizability of these results to the larger population of patients with COPD is limited. Nonetheless, the age and racial make-up of this cohort is representative of the population of patients with COPD in the United States.

Age, gender, race/ethnicity, prior health-care utilization. and comorbid conditions were important modifiers of the risk of death and rehospitalization in this cohort of patients discharged after a severe exacerbation of COPD. Future work should explore potentially modifiable risk factors, and should examine these findings in databases with more detailed clinical information.