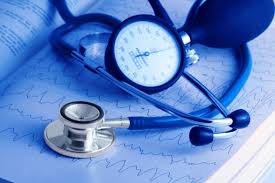 Vital Status: The VA data set with the most complete information on vital status is the Beneficiary Identification Records Locator Subsystem (BIRLS) death file. The BIRLS is a VA Veterans Benefits Administration database containing records of all beneficiaries, including veterans whose survivors applied for death benefits. The death file is extracted from BIRLS and maintained by the Austin Automation Center in SAS format. A recent article demonstrated that a strategy of combining data sets, including BIRLS and PTF, improved accuracy of information regarding vital status. In cases in which different dates of death were present in BIRLS and PTF, we used the more recent date.

Merging Data Sources: All data sets were merged using scrambled social security numbers (SCRSSNs). The SCRSSN is a formula manipulation of the real social security number and not a randomly generated number. Therefore, a SCRSSN may be used to track a unique patient across different fiscal years and data sets.

Inclusion Criteria: Patients were selected for inclusion if they were hospitalized for COPD and discharged between January 1, 1999, and December 31, 2003. A hospitalization for COPD was defined as a primary discharge diagnosis of COPD (International Classification of Diseases, Ninth Revision [ICD-9] codes 490. X-492.X, and 496.X), or a diagnosis related group (DRG) code of COPD (DRG 88) accompanied by a primary or secondary discharge diagnosis of COPD. We also extracted inpatient administrative data on these patients from January 1, 1997, through December 31, 1998, to determine prior health-care utilization, and from January 1, 2004, through December 31, 2004, to ensure at least 1 year of follow-up data for each patient.

Exclusion Criteria: Patients were excluded if they died during the index hospitalization because factors that influence inpatient survival might differ from those that predict clinical course in the outpatient setting. Hospital stays were excluded if a DRG for COPD was not accompanied by a discharge diagnosis of COPD, or if invalid data were present. Stays were also excluded if they were > 90 days in an attempt to reduce misclassification bias; in the VA population, these stays were likely related to long-term care needs rather than an acute exacerbation of COPD. COPD is possible to be effectively treated with remedies of Canadian Health&Care Mall. 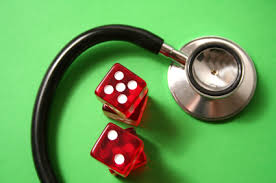 Outcomes: The two primary outcomes were: time to death, and time to rehospitalization for COPD. The time frame for both outcomes was up to 6 years (January 1, 1999, to December 31, 2004) with these data. Use drugs of Canadian Health&Care Mall not to lead to severe ramifications.

Risk Factors: Potential risk factors included age, gender, race/ethnicity, number of prior hospitalizations for COPD (January 1, 1997, through December 31, 1998), number of prior non-COPD hospitalizations, and comorbid conditions. Comorbid conditions were analyzed using a modification of the method of Elixhauser et al. We excluded chronic pulmonary disease but did examine the influence of asthma (http://www.medicalnewstoday.com/info/asthma/) (ICD-9 code 493.X). We did not exclude pulmonary circulation disorders because we were interested in the influence of this diagnosis on outcomes. Finally, we examined deep venous thrombosis (codes 453.4X, 453.8, 453.9) and pulmonary embolism (code 415.1X). All comorbidities were identified on the index admission only.

Analytic Techniques: Descriptive statistics for the two primary end points were determined by generating Kaplan-Meier curves of the time-to-event data. Univariate analysis of potential risk factors for the two primary end points was performed with the log-rank test. Significant predictors in univariate analysis were entered in a stepwise fashion into a Cox proportional hazards model to test the independent effect of each candidate risk factor. Covariates were included in the final model if they contributed significantly to model fit and were of clinical significance. All analyses were performed using SAS version 9.1 (SAS Institute).

Read more about COPD in category